We are the Aerotoxic Association

Dedicated to supporting those affected by Aerotoxic Syndrome

Click here to read the first paper on Aerotoxic Syndrome published on 20th October 1999 by Dr Balouet, Dr Hoffman, and Prof. Winder
Click Here for Dr. Balouet - Resume His involvement within the Aerotoxic association will be sadly missed

Occupational risk of organophosphates and other chemical and radiative exposure in the aircraft cabin: A systematic review

‘I couldn’t feel my hands and legs’: Is toxic air poisoning pilots, passengers and crew?

Dutch flight attendant Evelyn van den Heuvel has flown all over the world with airline KLM, from Africa and the Americas to the Middle East and Asia, but she says all of this has come at a huge cost to her health.

Former flight attendant Evelyn van den Heuvel has won a lawsuit over her disability. she is partially incapacitated for work due to toxic substances in the cabins of aircraft in which she worked. That has been ruled by the highest court in the field of social security.

LA TIMES: We are slowly being poisoned

Tellmann and the captain parked the Airbus A319 at the gate. But they had no memory of landing or taxiing Spirit Airlines Flight 708. Tellmann went to the hospital for treatment and spent the next week at home in bed, vomiting and shaking and feeling “like a freight train had run over us,” he said in a letter to his union about the July 2015 event.

A new sensor by Teledyne – ACES has been produced

Until now, airlines haven’t had the means to record and measure the quality of their cabin environment consistently, with objective data. A new solution from Teledyne Controls focused on cabin air quality data is seeking to solve this problem. Inflight Editor Alexander Preston asks the questions.

The BBC has been told of new research linking toxins found in the air systems of commercial airliners and neurological damage suffered by pilots.

What is Aerotoxic Syndrome?

The term Aerotoxic Syndrome describes acquired acute & chronic ill health caused by exposure to toxic oil fumes present in the breathing air of most commercial jets. Unaware, thousands of people suffer every day, without knowing about this hidden health and safety hazard.

A US doctor and scientists from France, Australia were the first to identify Aerotoxic Syndrome in 1999. The hidden illness is known to affect the central nervous system and brain, causing a range of acute symptoms and long-term ill-health in around 30% of all flyers.

An oil fume event was photographed by passengers on a flight from London Heathrow to Valencia in August 2019. The full account of the incident can be found here. 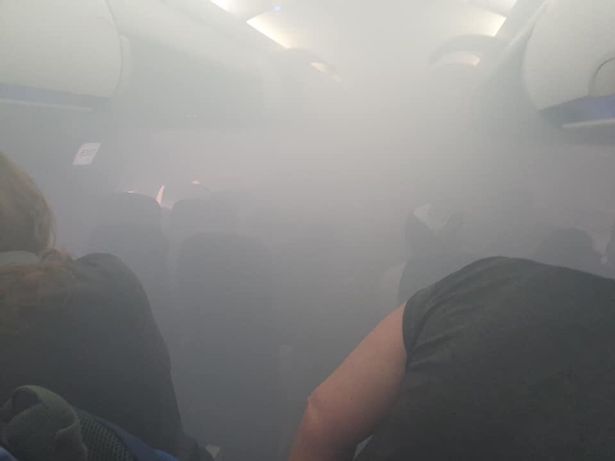 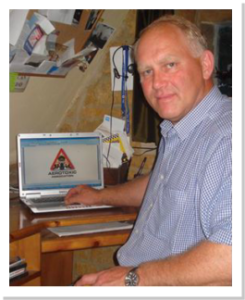 John is a career pilot who began flying in 1976 with a varied international flying teaching career but ceased flying BAe146’s jets prematurely after 16 years because of increasingly severe neurological & physical symptoms with ‘Chronic stress’ in mid-2005.

In early 2006, John was tested by University College London (UCL) along with 26 other British Airline Pilots Association (BALPA) pilots, 100% of whom showed evidence of Toxic Air exposure, which was later published by Dr Sarah Mackenzie Ross of UCL.

John founded the Aerotoxic Association Ltd. Charity in 2007 to help support other survivors (both aircrew & passengers) and to work with international groups such as the Global Cabin Air Quality Executive (GCAQE) which was formed in 2006 to counter the still existing formal position of ‘No positive evidence’ by governments and industry.

Many international professional groups now work for the formal acceptance of Aerotoxic Syndrome as an Occupational Disease, the illness was first defined in 1999 by a US doctor, a forensic scientist from France and an Australian toxicologist and for the urgent introduction of the known and now available technical solutions such as filtration and monitors which is in the public interest.

John has published evidence, which is in the public interest of anyone who flies in unfiltered & unmonitored bleed air jets on www.aerotoxic.org since 2007. He has recovered most of his previous excellent health due to pioneering Simulator Flying and other public flight entertainment systems from 2015-2019 and now holds a Class 2 Aviation medical certificate and looks forward to return to his lifelong passion of flying.

If you are interested in professional consultation into any aspects of aerotoxic syndrome, please contact John at office@aerotoxic.org – but please note that he is NOT medically or legally qualified to offer medical or legal advice or treatments, which are carried out by other specialist experts.

Pilot fights for Aerotoxic Syndrome to be officially recognised

We have released our 4th book now and its availabe on amazon. With the special offer we are giving FREE reading for our three Books.

18th June 2007 The Launch of Aerotoxic Association Ltd. The Charity (2007) Non-profit. At Houses of Parliament, London.

Governments across the world claim that there is “NO POSITIVE EVIDENCE” of chronic public ill health caused by Toxic Cabin Air in jet planes. (sic) 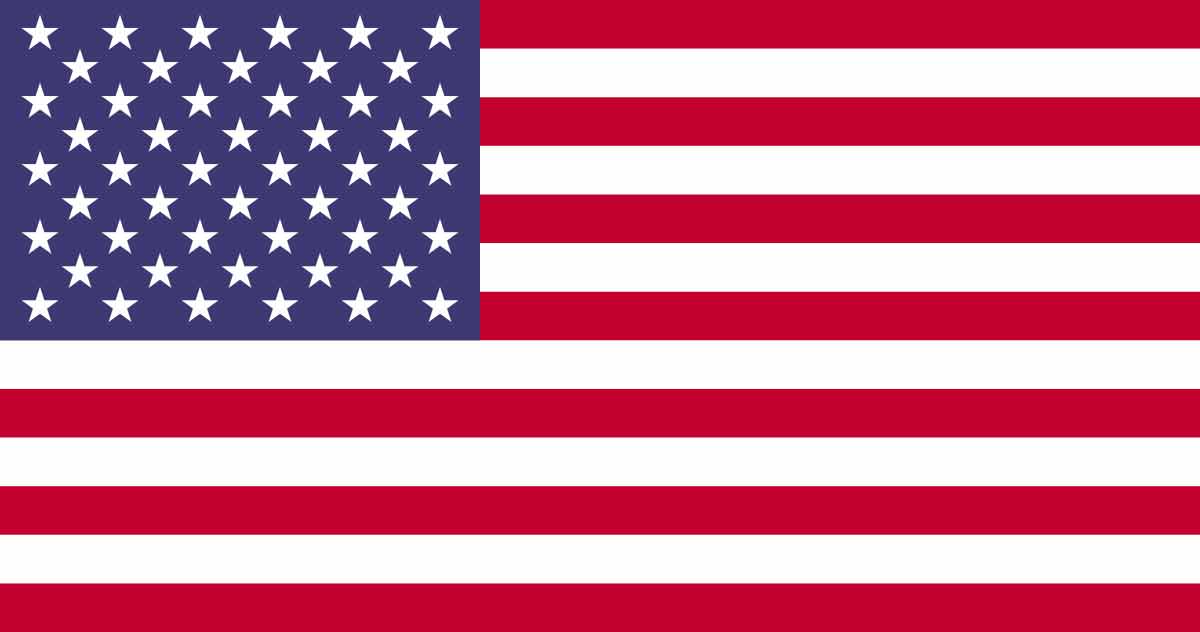 View the US legal landmark win of 31st July 2020 here. You can also view the US Attorney’s piece here. 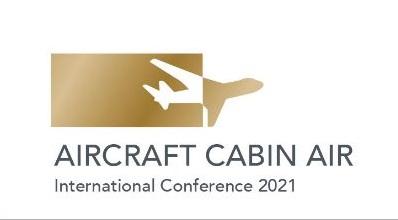 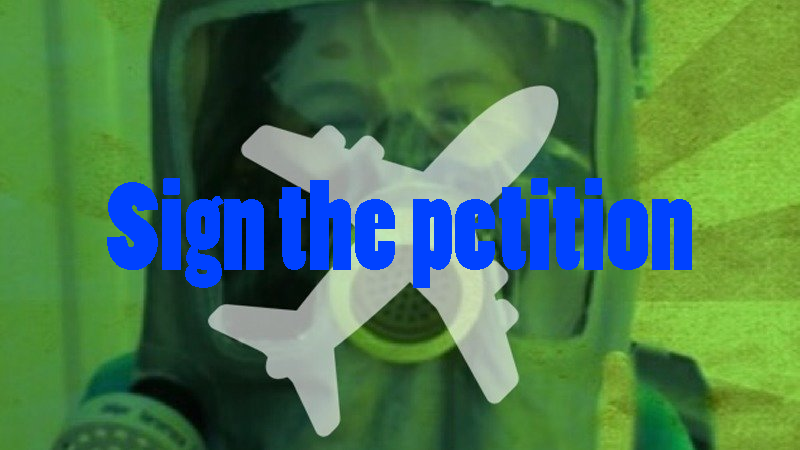 I can recall my last flight as captain of a Flybe BAe 146 G JEAS as if it were yesterday – little did I know what lay ahead. First officer Nick Larkin and I flew from Birmingham (BHX) to Edinburgh (EDI) but on approach to the city of my birth we had a call from the...
Read More

A return to fly in Shropshire after 34 years…

Since I began flying commercially in 1977 by teaching other members of the public to fly - I first flew briefly in Norfolk but quickly moved away to a busier part of the country and enjoyed two years of teaching flying at the Staverton Flying School in...
Read More

For the past 14 plus years we have been literally begging the media and especially the BBC to cover Aerotoxic Syndrome as a cause of mass public ill health, which has been well known to some since 1999, 2005 you pick the date it was first understood. For me...
Read More

A significant day today, as my dictated, chaotic English of my fourth book is edited, bashed, and returned in hopefully perfect shape from my dear editor.Most professional pilots become pretty good at flying yet, yet fail miserably at reporting evidence to others in...
Read More

It would be an understatement to describe the media’s coverage of anything to do with Aerotoxic as anything but deeply challenging over the past 15 years…. It was the late, great ‘proper’ journalist Christopher Booker who was one of the first to identify the...
Read More

“Aerotoxic Pandemic 1921 - 202? A Syndrome – My Part in its Establishment.” By Captain John Hoyte At 1200 Noon today, we start a GO FUND ME Crowd Funder request for financial help to produce, edit and publish on 18th June 2021 the 4th book about Aerotoxic Syndrome....
Read More

The following positive evidence has been published in the Public Interest as a Public Duty. 1999 - Aerotoxic Syndrome https://www.aerotoxicteam.com/time-line.html &...
Read More 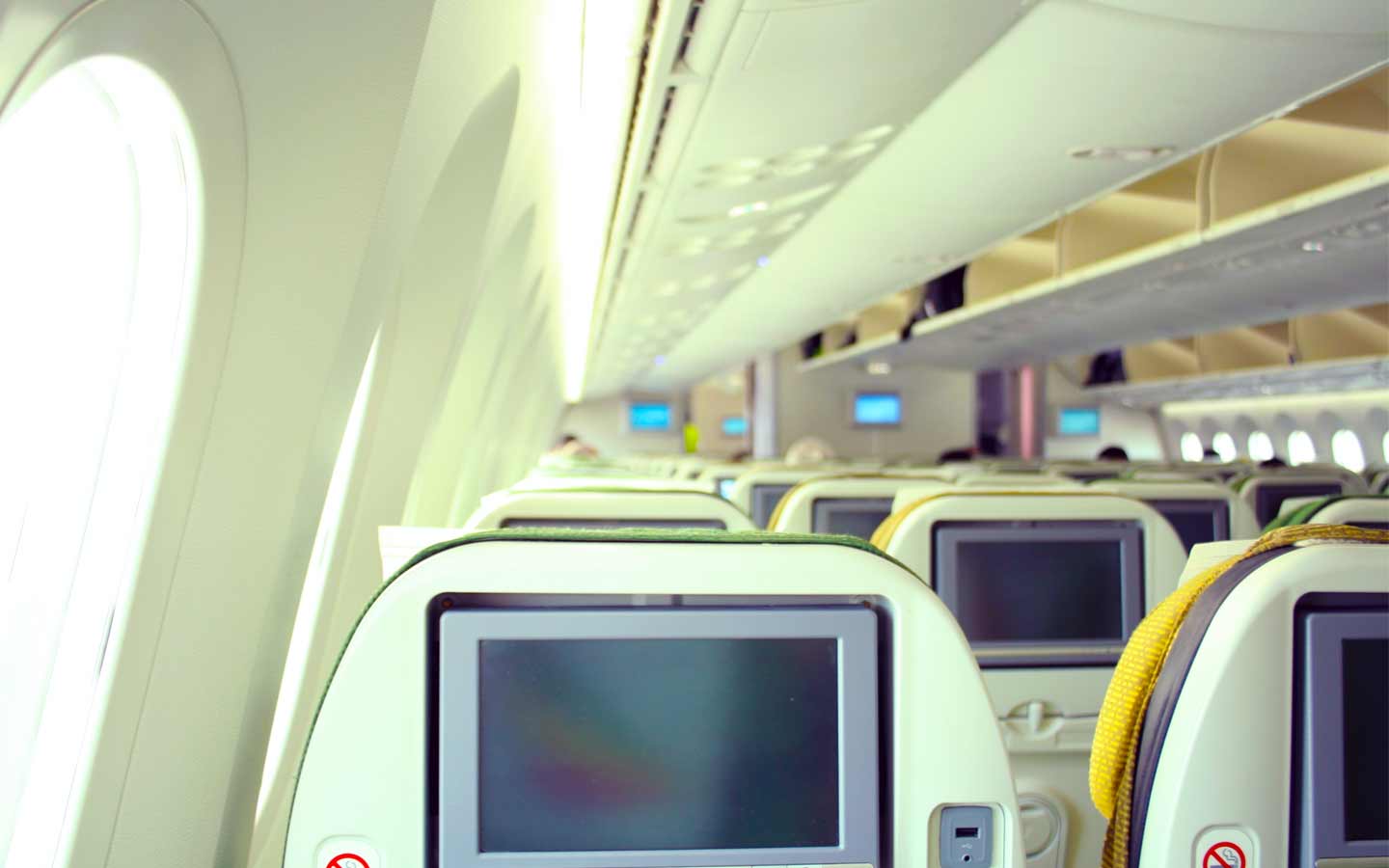 Perhaps the best chronicled European accident of “aerotoxic poisoning” to present happened on 1st February 2007 when a group of around 40 British passengers were poisoned on flight XLA 120 from London Gatwick, UK to Sanford International, Florida, US. Read more…

“We Are Slowly Being Poisoined”, LA Times. 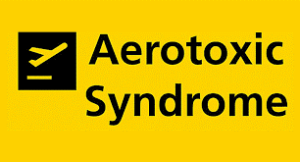 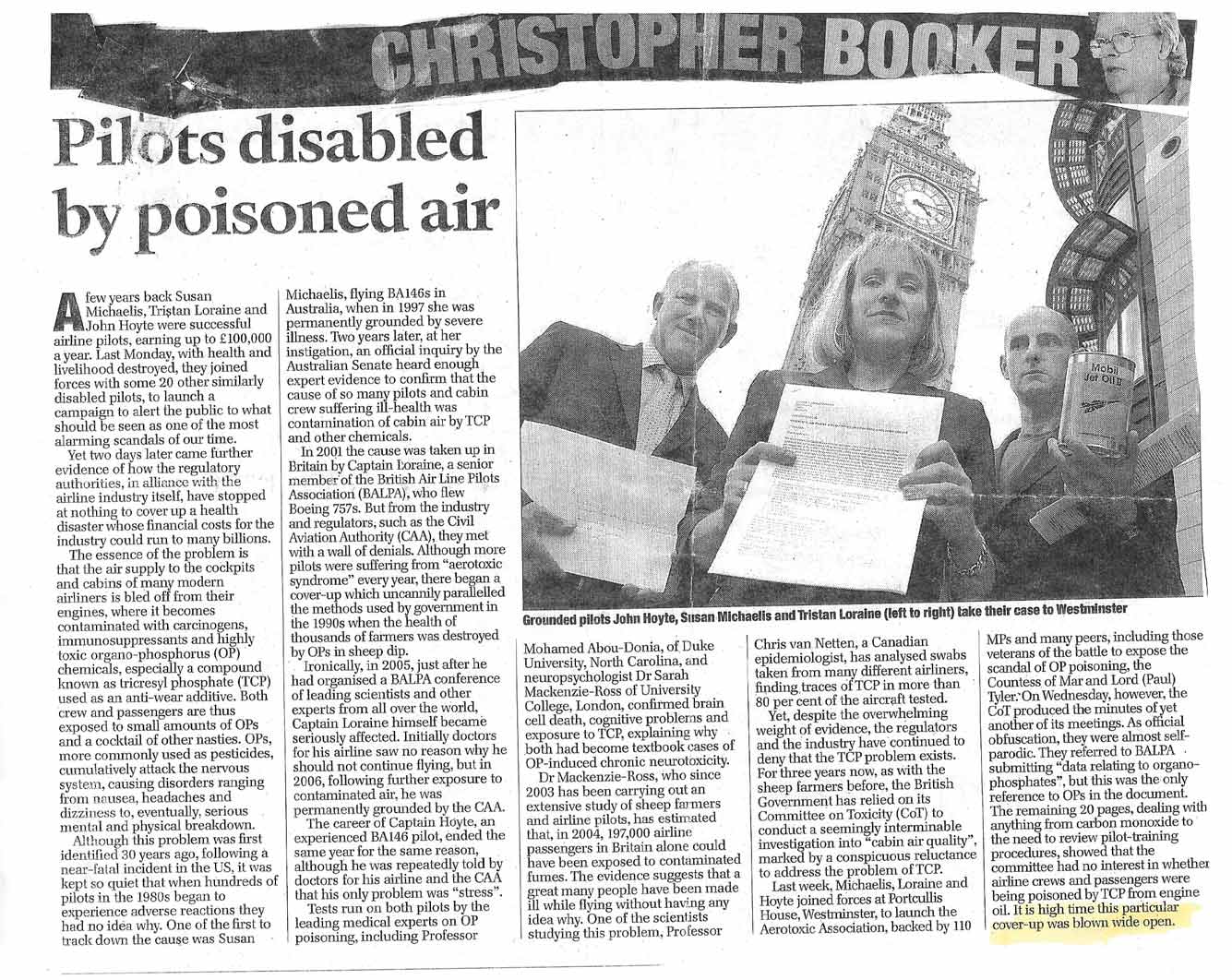 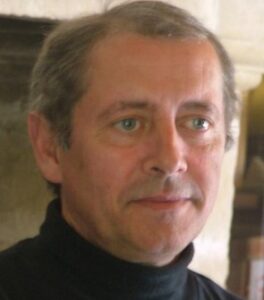 It is with great sadness and grief that we announce the premature death of our friend and colleague Jean-Christophe Balouet, one of the founders of Aerotoxic Syndrome in 1999. Chris died of a stroke on 31st March 2021.

Read more from our partners

Watch this movie for free on Amazon Prime. Here is the link: https://www.amazon.co.uk/Dark-Reflection-Georgina-Sutcliffe/dp/B08R11TH6F 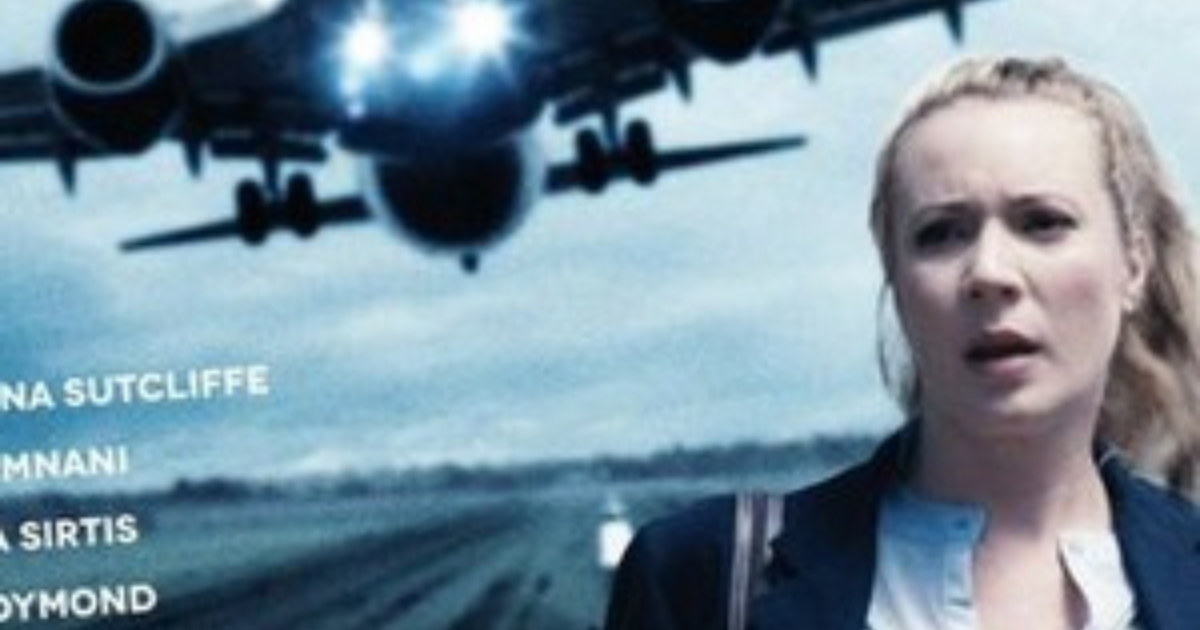