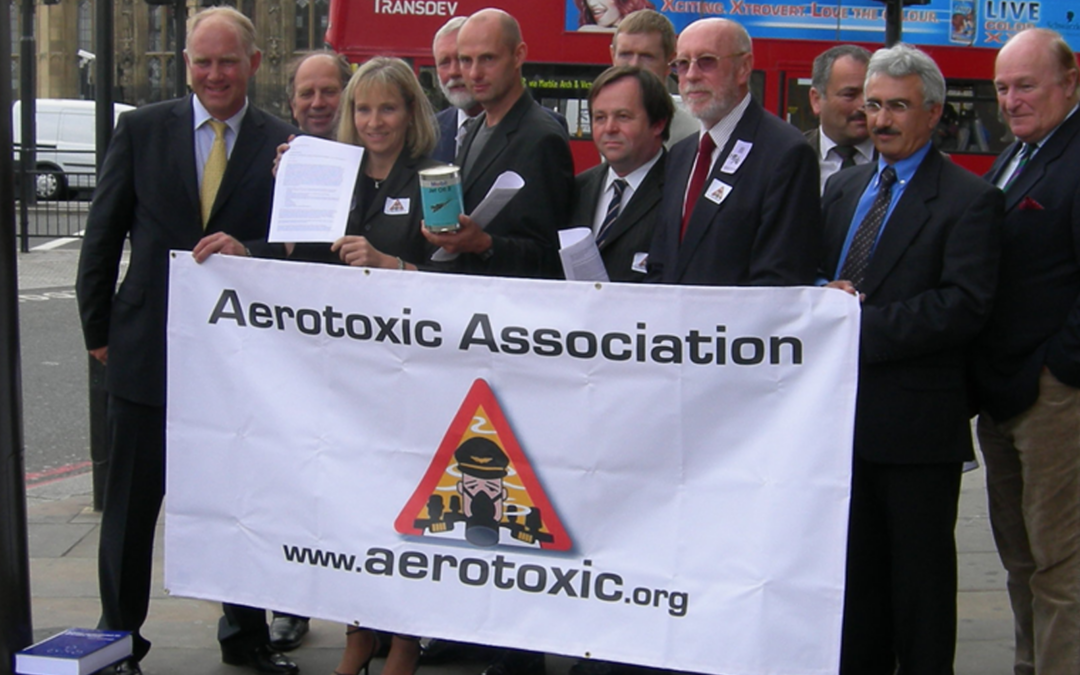 After 15 years of trying to persuade over-funded government scientists and lawyers with overwhelming evidence of a still, little known cause of mass public ill-health we now prepare to mark 15 years of work on Saturday 18 June 2022 @ 1200 BST at the Houses of Parliament, London by publishing a new USA theory – Abstract of Aerotoxic Syndrome 2022 which was first published in 1999, but without any funds to do either future research or the solutions – in the public interest?

How can an airline training captain lose wife, house, car, and most possessions over 15 years and be reduced to investing over £300,000 and be reduced to minus £425.08 in my bank, with a £15 K overdraft, all funded by my old age pension?

By never signing a Non Disclosure Agreement (NDA), which many aerotoxic injured aircrew normally do to 50/50 fund their future lives with amoral so-called ‘lawyers’.

Whilst many professional aircrews are reduced to poverty as their faith in ultimate justice, public health, and public interest never fails.

Our UK/USA ‘A Group’ splinter group of 18 months has reasoned that it is the deadly gas Carbon Monoxide (CO), a tiny molecule that is odorless (can’t smell it) invisible (can’t see it), and passes through most filters and is dangerous at anything above 9 parts per million.

And the giveaway is that there are NO $15 CO sensors or loggers in ANY multi-million-dollar public transport bleed air jets – which have generated unknown concentrations of CO, by design, since the 1950s.

Most other public confined spaces have CO sensors mandated to protect the public.

Maybe the key question: Why don’t ‘they’ believe anything professional aircrew report or do?

To prove that our theory is correct in the law requires private funding as governments prefer to fund the cover-up and most aircrew and scientists who know the truth are after 15 long years financially smashed and ruined.

But there is clean, honest money to be made from investing in future available, known solutions… 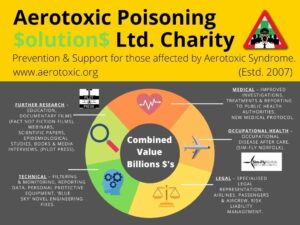 Thank you for your kind understanding and generosity of our work. 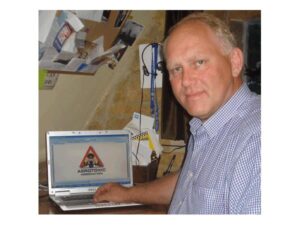 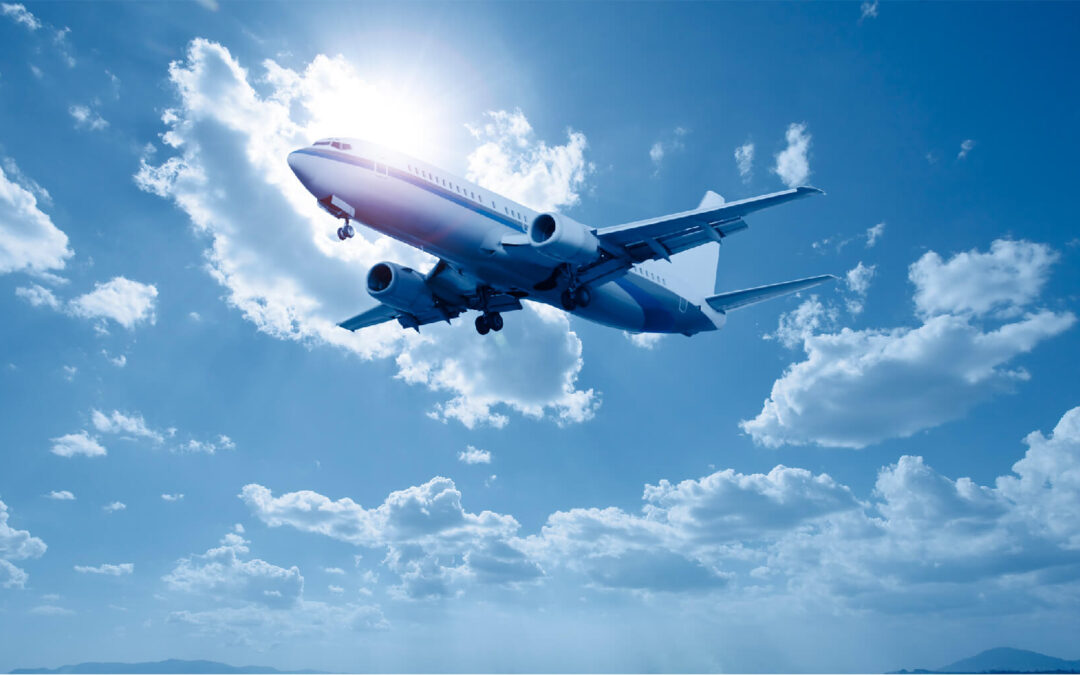 As a result of over 15 years of international research, a group of Aerotoxic Syndrome (AS) (1999) experts are about to publish a new US theory behind toxic poisoning in jet aircraft and a cause of mass public ill health, which may be in the public interest. A DRAFT Abstract from UK/US ‘A Group’ using evidence from the 1950’s, is included in this media release which will be published at 1100 UTC on 18 June 2022 and then fully published in July 2022 after an expert ‘Peer review’ process.

The Aerotoxic Association Ltd. (2007) (www.aerotoxic.org) was founded by Captain John Hoyte (JH) on 19 March 2007 and launched publicly at the Houses of Parliament, London on 18 June 2007:

Any person wishing to understand the background to Aerotoxic Syndrome should watch this brief and balanced 15 mins Australian 60 Minutes ABC documentary report (2013):

The following legal Memorandum of Association  was declared in 2007.

One of the main challenges of running an organisation where the title ‘A word’ appears to have been banned by governments and some so-called media has meant that it has been impossible to raise public awareness or engage with other members of the public who have the same values to further the published solutions and interests and help support the flying public, especially those who are vulnerable, like the elderly, mothers to be and children.

Coverage by the BBC

The BBC last report of 25 February 2020: ‘Fume events: The toxic gases that may be harming aircrew and passengers’:

“After years of gathering evidence, 10 lead cases against four UK airlines are due at the Royal Courts of Justice this year. Unite, the union behind the action, says it wants the public to know about the aviation industry’s biggest secret. “An extraordinary amount of powerful evidence has been gathered,” says General Secretary Howard Beckett.

“The simple reality for us is that our members are at risk from low-level exposure and it is a simple reality that frequent fliers will also be at risk as a result,” he told me.”

UK Prime Minister critic, pilot, The Right Honourable Tobias Ellwood MP debated Aerotoxic Syndrome on 1st July 2009 with the late John Maples MP, who was John Hoyte’s public representative, but since that date there appears to have been a deafening silence apart from another Parliamentary debate on 17th March 2016 and more and more overwhelming, new peer reviewed published science, successful international legal High public court wins (2010), 15 annual Cabin Air conferences since 2005 and rare media updates – all to be advised that there is still allegedly – ‘No positive evidence’.

Nothing. Words have lost their meanings, as so-called ‘lawyers’ supposedly representing sick clients ‘work’ for money only and appear to be bankrolling fraudulent science by dealing in questionable Non Disclosure Agreements (NDA’s), which might not be in the wider public’s best interest, as continued failure to recognise a cause of public disease and illness is stopping dead the known and available solutions from being implemented – for all.

Michael Rawlinson QC is a master of AS and stated in public at the annual 2017 Cabin Air Conference that “Aerotoxicity is at its tipping point….”

JH’s previous Labour & Unite MP Clive Lewis of Norwich South has failed to answer any formal correspondence since 2015 after coming to power leading to JH returning to live in Shropshire in 2021 and 2022 where a free media press (including BBC Radio Shropshire) still thankfully exists plus a ‘Can Do’ people friendly, business-like atmosphere attitude has always existed after personally experiencing the same whilst agricultural flying from 1982-1987. 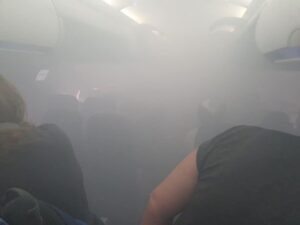 A visible ‘oil fume event’ on 5 August 2019 – measured concentrations of toxic chemicals have been repeatedly measured by government research, but has still never yet been published… https://avherald.com/h?article=4cb3a0d2&opt=0

Public tobacco smoking, until around 1990 in commercial jets, would have been past justification for not fitting CO sensors due to secondary smoke as sensors would have been permanently ‘ON’ but for aircrews’ noses and eyes to have been used since, for the past 30 years and by not believing any professional aircrews and passengers’ testimonies is perhaps the ultimate cover-up of raw data evidence and is why a systematic cover-up is now likely.

Organophosphates (OPs) – well understood nerve agents sine the 19th century – which are added to jet engine oil at 3-5% as an anti-wear additive have been blamed by some AS experts for decades for the cause of acute and chronic illness which was first published as Aerotoxic Syndrome on 20 October 1999 by a US Doctor, a French forensic scientist and Australian toxicologist and then more basically as Aerotoxic Poisoning by the UK government on 3 June 2019.

But in recent years, expert US researchers have logically focussed on Carbon Monoxide (CO) which is an invisible (can not see it), odourless (can not smell it) and tasteless (can not taste it) gas and harmful in very small doses (10 parts per million) as the more likely cause of both serious acute and chronic ill health, which can be compared to the well-known symptoms since the 1950’s of ‘Jet Lag’ of nausea, vomiting and headaches.

The compelling evidence being that despite repeated international calls for CO monitors and loggers, they are not yet used in public transport jets, because this evidence would be used in public courts – as reported by The Los Angeles Times in 2020 & 2022:

Long term, chronic ill health of brain damage and premature death is consistent with repeated CO exposure, which can and does affect all organs of human bodies.

However, despite cheap $15 CO sensors being generally available now to the public and airlines and being mandatory in most public places, their absence by State choice in multi-million-dollar jets may now be viewed as a deliberate attempt to pervert the course of justice by actively withholding evidence from Parliament, Congress, Police and the public courts of law as aircrew and passenger reporters are prohibited from reporting any inconvenient evidence, until now.

As cheap CO sensors are now readily available to the flying public in mobile/call phones, it is now only a matter of time before flying customers complain of high levels (10 + ppm) of CO on flights from a known fundamental design flaw, where there is no escape, leaving governments and airlines vulnerable to lawsuits with airline grounding compensation, whilst they struggle to stop the public from demanding the well-known and available solutions.

Covid wrecked the world in 2020, but COaerotoxic could finish jet flying off in 2022.

Perhaps the easiest, most practical solution would be to provide ‘enough therapeutic OXYGEN or O2’ at Emergency Rooms in ‘all jet airports’ to those who have been gassed and poisoned by commercial public transport jet aircraft in an effort to reduce the worst, deleterious medical effects of Aerotoxic Syndrome (1999). And for a new, urgently agreed medical protocol to replace the 2009 FAA funded Protocol, which has been mostly ignored by certain parties and should be available to all medical staff to limit further public harm.