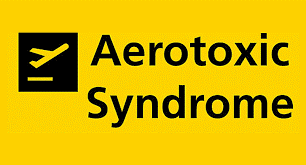 To whom it may concern.
It has been long accepted and admitted that compressed air from jet engines has
been contaminated with engine oil which contains many harmful chemicals
including VOC’s and Organo phosphate substances which are universally
accepted to be harmful to health with well known symptoms.
The UK Government has been aware and discussing the problem for a number
of years whilst the vast majority of the public and medical profession remain
completely unaware of scale and extent of the problem.
As a result of 27 pilots blood and fat being tested in March – May of 2006 with
associated memory and cognitive function tests carried out at the same time by
UCL (University College London) it has revealed shocking and incontrovertible
evidence that there is a serious health hazard for anybody who flies in these
aeroplanes; especially the crews and is therefore a serious flight safety issue. The
report will be available from May 22nd 2006 but may be restricted in its
distribution for obvious reasons.
Other people known to be probably effected are the entire Royal family and
senior members of the Government who have flown on the BAe 146 for the last
twenty years and can not have escaped the same contamination.
The BAe 146 and Boeing 757 are well known for being the worst offenders of
commercial airliners, possibly due to sharing a similar make of APU or
Auxiliary Power Unit and its use on the ground.
There have been many incidents and fatal accidents attributed to ‘fatigue’ and
‘pilot error’ on the BAe 146 and B. 757 over the years but never any suggestion
that contaminated air is fundamentally to blame.
I wish to make it clear that due to intense covering up of the phenomenon over
the past ten years or more it is now my duty to point out that any accident in the
future should be regarded as probably being caused by this effect and for any
suggestion that it is not a factor to be subject of a criminal enquiry and
manslaughter charges for those people denying the link.
Statement by:
John Grahame Hoyte
22nd May 2006
NB. No mention of Aerotoxic Syndrome, which was first published in 1999 and I would be first told about in June 2006.

With the 15th Anniversary of the launch at the House of Parliament, London of Aerotoxic Association on 18 June 2022 – it would b greatly appreciated if any BBC watchers could call BBC Radio Shropshire on 01743 248848 to find out more about a matter of public interest: https://www.shropshirestar.com/news/local-hubs/bridgnorth/2022/05/13/pilot-welcomes-breakthrough-in-fight-against-aerotoxic-syndrome/

Thank you, very much!