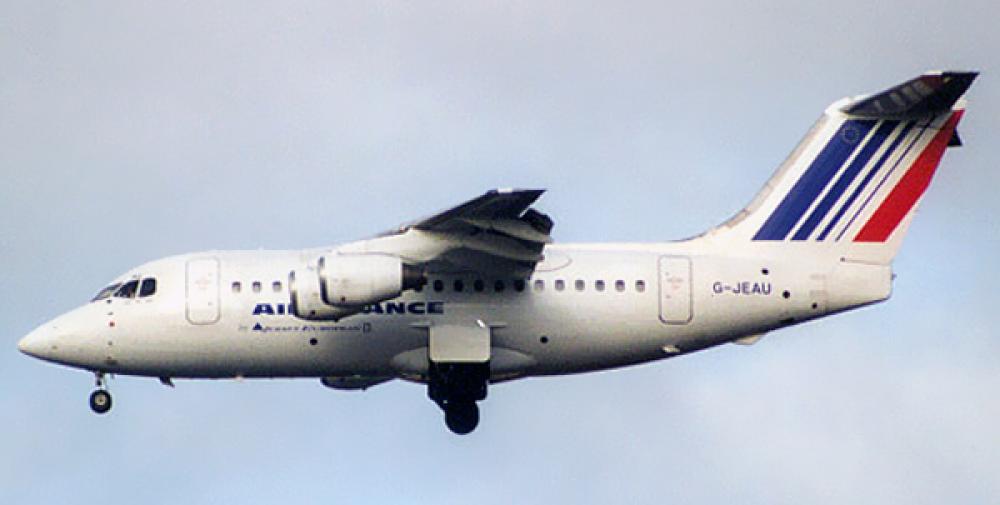 I can recall my last flight as captain of a Flybe BAe 146 G JEAS as if it were yesterday – little did I know what lay ahead. First officer Nick Larkin and I flew from Birmingham (BHX) to Edinburgh (EDI) but on approach to the city of my birth we had a call from the rear cabin crew that there were bad fumes in the back of the jet. 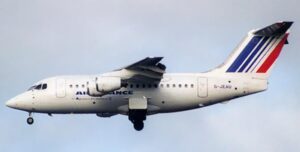 As we were about 15 miles from landing I decided to carry on, land and investigate further after landing as we couldn’t do much and there were no fumes in the flight deck so we just carried on as normal.

After we’d landed and taxied to our parking position I went to the back of the jet to chat with the cabin crew who I didn’t know well as mostly we were a good bunch of friends.

Sure enough there was a stink of something and I was wondering what to do when there was a shout of ‘FIRE, FIRE’ from outside so I dashed down the aisle to the front and without a yellow hi viz vest (which is a very serious offence) I ran to the back of the jet and to the rear hold where two baggage loaders had shouted the FIRE warning from inside the loading bay.

There was a lot of smoke but no actual fire, as far as we could see.

At that point, our ‘smell in the cabin’ became a serious engineering problem to resolve before we flew again.

We organized an engineer to find out the cause of the smoke. It wasn’t long before the same Edinburgh Despatch agent who knew about the emergency was asking “When do you want the passengers?” which is the usual, unsubtle pressure to just keep going. “When the cause of the smoke has been fixed.” Seemed not an unreasonable reply for everyone’s benefit and what is termed in the trade as a ‘Command decision’.

So all of our crew of four waited in the cabin and what should have been a thirty-minute turnaround as we had left BHX on time at 0600 UTC and landed at EDI at 0702 UTC turned into a delay of three and a half hours as we waited for the engineer to resolve the problem.

I recall that after a while the engineer found the cause of the smoke, which as the BAe 146 was already around 20 years old turned out to be a burnt-out electric motor which wasn’t critical to flying, so it could be isolated which would allow us at least to return to BHX.

But we normally did four sectors daily and as the time went on I advised crewing that it was not looking good for our next two sectors to La Rochelle (I think) in France from BHX, as every crew member is only allowed to do so many hours, including an emergency extension of 2 hours, but we were all tired from being in an electrical smoky atmosphere – so I asked Crewing to find a replacement crew as we would be ‘Out of hours’ on return to BHX.

Eventually, the engineer declared the BAe 146 serviceable as he’d isolated the burnt-out motor and we could find the seriously delayed passengers and get them to BHX.

The return trip from 1030-1130 UTC was uneventful except that Nick was flying and I was the non-handling pilot doing the radios etc But as we prepared to land at BHX there was a sudden shout from the warning system of ‘TOO LOW, GEAR!’ which woke us up as we’d forgotten to put the landing gear down and it must have been triggered at 1500’ above ground level.

This woke us up and I quickly put the undercarriage down and Nick landed.

I remember then parking at an airbridge and we were amazed to see around 30 people in it – all wearing hi-viz vests – what a strange welcome for what would turn out to be my last flight – ever. These people turned out to be new ground staff who were being allowed to watch a jet arrive for the first time.

Once the passengers had got off, I called Crewing to confirm again that we were ‘well into discretion by now’ and would not be doing the next two sectors as we would be illegal to do them.

Then we were told by Crewing that we were the only crew – there was no standby crew, so could we please just do the two sectors?

No, we can’t as we’re all tired from the smoke exposure and would be illegal doing the next two sectors, anyway.

At that point, I found myself talking to a senior Flybe manager who I’d never met and explained the situation to him, which he accepted without too much trouble and he insisted that we all declare ourselves ‘formally sick’ and report to the sick bay to be checked over after our fume exposure, which I agreed was sensible and appropriate.

So instead of going home, we all four of us went to the BHX sickbay and were checked over by a doctor who asked ‘How are we?’ and took our temperature and within about 15 minutes we were free to go.

But I had to go the crew room and fill in an Air Safety Report (ASR) as it had been quite a serious incident but not life-threatening – I didn’t report ‘The too low gear’ warning as that was just Nick and me being a bit slow and although it would be on the Cockpit Voice Recorder (CVR) I reasoned that it was just a consequent detail overall.

So I was actually due the next day in the Flight Simulator at Woodford Manchester at 0600 UTC so wanted to get back and into shape for the long 3-hour drive north and then 6 hours of practice emergencies the next day 1st July 2005.

I got through the simulator check the next day, but it was always a worrying time as one could lose one’s job if one made a major mistake, but I managed to get through.

I then did an annual SEP refresher course with others in Birmingham where we had a practice hijack (which I’d already experienced for real) and other good training so I felt well prepared to keep going.

But a few days later I had a call from the Flybe Flight Safety officer because we had refused to do the extra two sectors and he explained that after the ‘Fume event’ at  EDI – we had operated the BAe 146  back to BHX and because we had then ‘Gone formally sick’ – which I had been told to do, I had operated the flight illegally and that there would be an inquiry as it was a very serious thing to do.

So that is what happened on 30th June 2005 and anyone reading this might think that the BAe 146 and ‘Fumes’ are two words which somehow go together as millions of others have also been affected all over the world since 1921 by fumes in confined spaces.

I have spent the past 16 years trying to persuade others that the Balpa (British Airline Pilot Association) conference on Cabin Air quality of ALL bleed air jets of 20/21 April 2005 – just two months previously, has all the information anyone could possibly want about this H&S scandal.

Yet, some people still claim that there is ‘No positive evidence’ of any harm to human beings.

If you suspect that something is not quite right, please contact Sir Stephen Hillier, Chair of the UK Civil Aviation Authority who is now aware of this H&S issue.
stephen.hillier@caa.co.uk

OR his PA  Philip Clarke
Philip.Clarke@caa.co.uk