An Interview with Dr. Jacalyn on Friday 18th June 2021

As a pilot I was badly affected by bleed-air fumes and the only official advice I could find was the “NHS Care Pathway in patients exposed to fumes onboard commercial aircraft”https://www.caa.co.uk/Passengers/Before-you-fly/Am-I-fit-to-fly/Guidance-for-health-professionals/Aircraft-fume-events/  Unsatisfied with the idea my suffering was caused by nocebo or some other negative state of mind suggested in this advice, I founded the Aerotoxic Association to investigate this on-going illness that is occurring amongst many passengers and crew.

On 6th November 2007, I assured Professor Helen Muir (RIP) how easy it would be to stage such an oil fume event on the ground for convenience – see attached link to email correspondence. 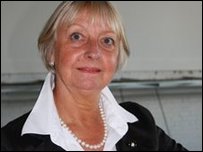 Much of my disquiet was confirmed by a group of sick passengers and aircrew by Jeremy Vine in BBC Panorama 2008 https://www.youtube.com/watch?v=3dsDznr4z5w

In 2008, I invited around 100 key aviation and public health parties to witness an oil ‘Fume Event’ that would fill the cockpit and cabin with visible oil fumes by using the Auxiliary Power Unit (APU) of a BAe 146 – a regular and predictable occurrence. However, due to the impossibility that government or airlines would allow this to happen, the 2008 invitation never materialised.

The purpose of this invitation was to primarily witness the generation of a visible, similar oil fume event and review film of actual past oil fume events.

I would be grateful for your acknowledgment of this invitation to participate in this virtual event about an on-going cause of illness of public interest – or as an expert in Clinical Toxicology email your thoughts about what might help those who have been put at risk of suffering from the aerotoxic syndrome both now and in the future.