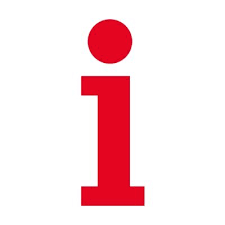 This letter is not intended for the ‘Your View’ letters’ page but I hope you will give it your attention as it highlights a significant public health concern which for many years seems to have been kept under wraps by media outlets.

I appreciate that newspaper editorial teams have many competing stories to choose from, which vie for headline space & inside pages & that there are always national & international events, often tragic, which will take precedence over less well known issues.

I am a long time, regular reader of the i paper, not quite from its inception, but certainly from its early days. I choose to read it because it gives a much more balanced & disinterested viewpoint than many papers that are allied to particular political parties & so toe the party line.

My concern as you could see from the subject matter of this email is aerotoxic poisoning.

Aerotoxic poisoning occurs in all Jet planes with the exception of the Boeing 787..Dreamliner…the only plane which has been re-designed not to introduce air into the plane through the fuel pipes. In all other planes this air continues to be brought in through the fuel pipes & is  I understand,  known as  ‘bleed’ air. This to a greater or lesser degree, because of the toxins it carries with it, can have serious effects on the health of cockpit & cabin crew & passengers ( not just in a fume event) leaving many seriously debilitated, over a number of years or even permanently & in other cases has proven to be fatal.

I find it hugely frustrating that the problems caused by aerotoxic poisoning do not seem to be given newspaper coverage when in many instances the outcome for those made desperately unwell is indeed tragic for them & their families.

You can find a very detailed article which appeared in The Guardian on  Sat Aug 9th 2017 written by Kate Leahy…former cabin crew.

It has been found that illness can occur in some people after only 1 flight, so it is not just a problem for those who fly frequently.

Since then it would appear that the media outlets have failed to attach any importance or credence to the issue but you will see in the attached information about the Cabin Air Safety Act of 2022 currently being dealt with in  the USA. that this is about to change.

Since becoming very ill over a number of years culminating in 2005 (when he had to give up his career prematurely) Captain John Hoyte ( a good friend) has made it his mission to bring this public health issue to the powers that be but has been continually frustrated & sidelined by lack of interest or a distinct unwillingness to engage in discussion with those like himself who have been so badly affected by this poisoning & who have evidence of its drastic consequences & the reasons for it …but also significantly have solutions as to how it can be ameliorated &  avoided.

Is this lack of willingness on the part of the media to investigate the issue a result of editorial choices or a directive from above editorial level not to publish information about aerotoxic poisoning because of possible backlash from the air industry?

I would refer you to John at:

for much more in depth information & hope that as a newspaper of integrity you will do so.

if you know of a brave journalist or can help with the media in any way – please contact me or PM me on FB.